Blog
You are here: Home / Blog / Keep more money / Blog post / Knowledge is power…… and can save tax!

Of course I would say this, but I thought I would give a couple of examples of where knowledge of the tax system and associated paperwork, has led to me either obtaining refunds or significantly reducing the tax demands issued by HMRC.

I was approached via Twitter by a sole trader who had submitted their tax return online themselves. They had ended up with a liability over over £4,000, which they were in the process of paying.

SBA solution
After discussions with the client it looked as though they had miscalculated their sales, and instead of preparing their accounts to 5th April, they had prepared them to the following January, so there were 10 months of extra sales in the accounts and tax return!

I recalculated the accounts, amended them so that they ran up to 5 April, and sent revised tax return figures to HMRC. This simple piece of #knowledge saved the client over £3,000.

Scenario 2
A new client was referred to me by one of my existing clients. They had prepared and submitted their own tax return online, but were surprised when they received a tax bill for almost £10,000!

SBA solution
We met with the client to carry out a free review. From this it looked as though they had used the wrong figures when completing the tax return.

I amended the tax return and resent it to HMRC for processing. My #knowledge and understanding of the paperwork and figures to be included on their tax return saved the client over £6,000.

Scenario 3
Through conversations during the year with one of my clients, I thought too much tax might have been deducted from their salary.

So what….
The moral of the story in all of the above examples is that the #knowledge we have of the tax system means we advise clients of the rules and how to apply them correctly, helping you #keepmoremoney.  Although I’m an accountant based in Leighton Buzzard, I have clients all over Herts, Beds and Bucks, so don’t be afraid to get in touch if you’re based in #Tring #Berkhamsted or #Amersham

If you think you’ve paid too much #tax, get in touch for a free review.

Who doesn't love to receive a testimonial? 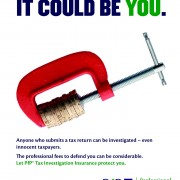 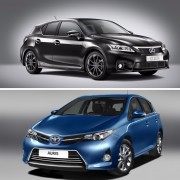 Are you claiming VAT on mileage?